Happenings in China and Elsewhere

Dr. wrote Li a letter offering his ideas and services to modernize China; he received no answer and left for Hawai`i where he organized the Xingzhonghui.

Dr. Sun sympathized with Philippine nationalism and the independence movement. 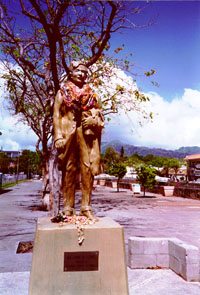 “Dr. Jose Rizal’s statue stands at the mall entrance to Chinatown Cultural Plaza, opposite the statue of Dr. Sun.”

Dr. Sun gave Liang a letter of introduction to Hawai`i’s Chinese but Liang drew supporters away from Sun.