When Dr. Sun Yat-sen was reminiscing about his student days in Hong Kong during one of his visits to Hong Kong University in 1923, he remarked that years ago he “got the revolutionary ideas in this very place, in the colony of Hong Kong.” Skeptics may question whether Sun Yat-sen really meant what he said or was just saying this to capture and please his audience. Nonetheless, no serious study of Sun’s revolutionary background should overlook or trivialize his sojourn in Hong Kong from 1883 to 1895. Those twelve years were important fomative years in Sun’s subsequent revolutionary career as well as in his growth in stature as the leader of the revolutionary movement. In what ways might the place have prepared and nurtured him? What special features of Hong Kong provided favorable environs to cultivate Sun? A brief look at the political, cultural, and educational environment of Hong Kong during those years will shed light on the background and setting from which Sun the great revolutionary emerged.

Not long after the annexation of Hong Kong by the British, the Qing government became reconciled to the fact that Hong Kong had become an integral part of the British presence on Chinese soll. A sense of tolerance and peaceful coexistence soon developed. Indeed, from 1860 to around the end of the century there was little to cause the Chinese government political embarrassment over the British colony of Hong Kong. Furthermore, the British-Hong Kong government very deliberate preserved a harmonious relationship with the “friendly neighbouring Empire.” For instance, it was prohibited to publish anything in Hong Kong which was considered to be politically disturbing to China.

With the harmonious bilateral relationship, there was almost an open frontier between China and Hong Kong. A migrant population from southern China came to Hong Kong to trade and to seek work as Hong Kong provided more and better opportunities. Parents who were more receptive to new ideas and financially able sent their sons to Hong Kong for further studies. Families involved in trades who did not expect their sons to become scholars also sent them to Hong Kong to learn English “in order to carry on their business or start new ones.”

Sun did not go to Hong Kong simply to learn more English, yet he was one among the many young men who sojourned in Hong Kong at the turn of the century. The Hong Kong where they resided was a place of peculiar cultural interchange between China and the West. It provided sounds and sights unfamiliar to the newcomers. While the majority of the population remained Chinese, the elite group consisted chiefly of the foreign mercantile community and a few successful Chinese businessmen and professionals. The civil service was made up of mainly expatriate appointees headed by the Governor. 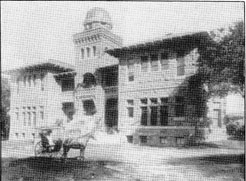 Their effective administration was most tangibly evident in the elderly crowds and the beautiful park and street scenes. Son was allegedly impressed by what he saw when he strolled through the streets of Hong Kong, and he pondered why the orderliness that had been accomplished in Hong Kong remained unachieved in his homeland.

If just an ordinary street scene struck the youth, how much more would the schooling experience excite an avid student. The critical juncture in Sun’s intellectual development would come later when he was in the Medical College. Nevertheless, his experience during his high school days might have already prepared him for the path he would pursue in the years to come.

During the late nineteenth century, there were schools established by churches and Christian missionaries, such as the Diocesan Home and Orphanage which San had attended during the first month of his arrival in Hong Kong. There were also English public schools established by the Hong Kong government with the primary purpose of training effective and efficient cultural middlemen to serve on the civil service to lubricate the relationship between the government and the people it governed. The most prominent public school of the time was the Central School, where Sun studied for the remainder of his high school career.

The atmosphere as well as the organization and mainagement of the public schools projected a sense of diversity and cosmopolitanism. From its early years the student body reflected ethnic diversity. Students included young men from Europe, America, Southeast Asia as well as China. They were introduced to an essentially liberal curriculum which ranged from geometry to geography. Later on the curriculum was expanded to include other subjects such as Latin, Translation, Shakespeare and many more. This curriculum was no doubt a sharp contrast to the still traditional and conservative one being followed in the Chinese system. Hence, those educated in Hong Kong became far more open-minded and knowledgeable about the practical affairs of the outside world than their Chinese counterparts who remained in the mainland. 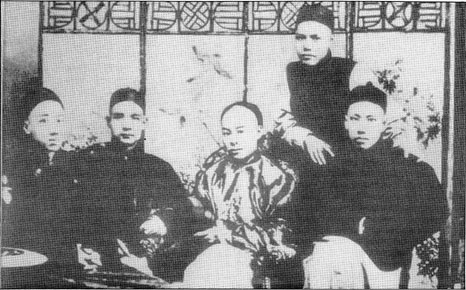 Obviously, this experience would have a profound effect on those individuals who tried to comprehend the difference between China and the West and sought a way to reconcile the discrepancies. On different occasions and on a rather frequent basis, students were told about the strength of Western education and the importance of science for China. They were constantly reminded that despite the longevity and the continuity of Chinese civilization, there remained much to learn from the west. As a consequence, Chinese students in the Central School were especially sensitive to the expectation that they should prepare themselves to affect the future of China. Whether they should remain loyal to the existing government and serve their homeland in a conventional way by contributing their expertise, or whether they should pursue an alternative course which called for radical change, was a matter of personal choice. It may never be possible to reconstruct the thoughts and feelings of Sun Yat-sen during his public school years in Hong Kong. Nevertheless, it is easily conceivable that ideas about freedom and liberty constantly promoted by his headmaster and teachers may have made a deep impression on his young mind. Praise of Western superiority mighty not have appealed greatly to the young Sun, yet knowledge about various achievements of the West would cause him to make a critical assessment of his own nation. Future experiences would certainly help to shape Sun’s revolutionary ideas, but the seed might have been sown as early as his high school days in Hong Kong.