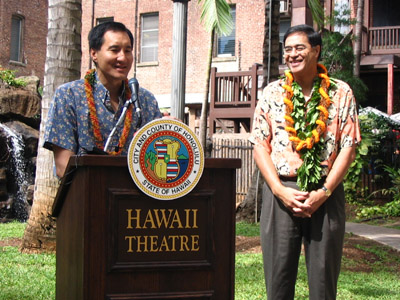 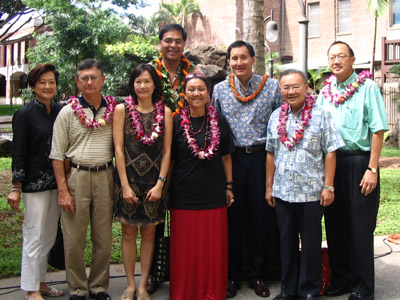 “[Honolulu Mayor Mufi Hanneman] announced plans to erect a memorial at the park to Sun Yat-sen, a Chinese revolutionary leader who was educated in Hawaii and is known as the father of modern China. Details on the memorial have not been finalized, but Hannemann said it will be funded by the Dr. Sun Yat-sen Hawaii Foundation.”

Mayor Mufi Hannemann announced during the ceremony a new partnership to maintain the park and plans for a memorial to Chinese political and revolutionary leader Sun Yat-sen… The Hawai’i Foundation also approached the city about placing a privately funded tribute to the late Sun Yat-sen in the park. Sun once lived in the neighborhood and attended Iolani and Punahou schools. He led a revolution against imperial rule and is considered the father of modern China.