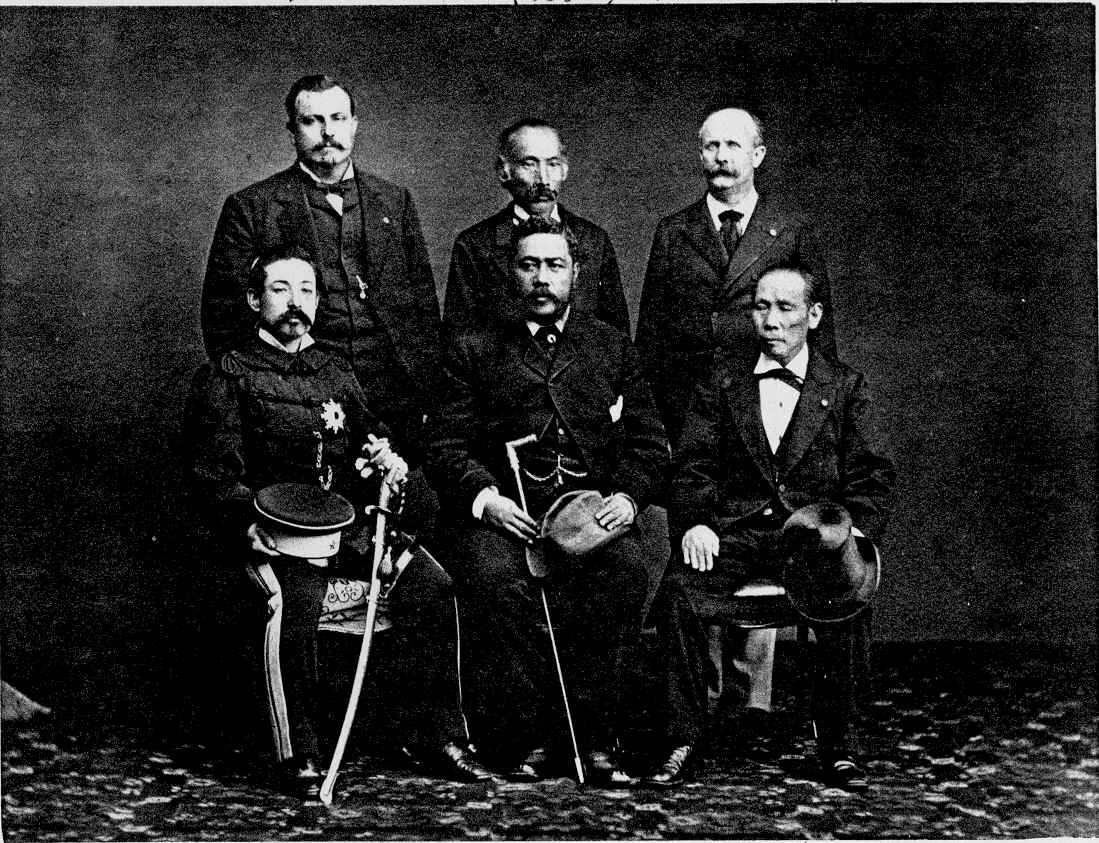 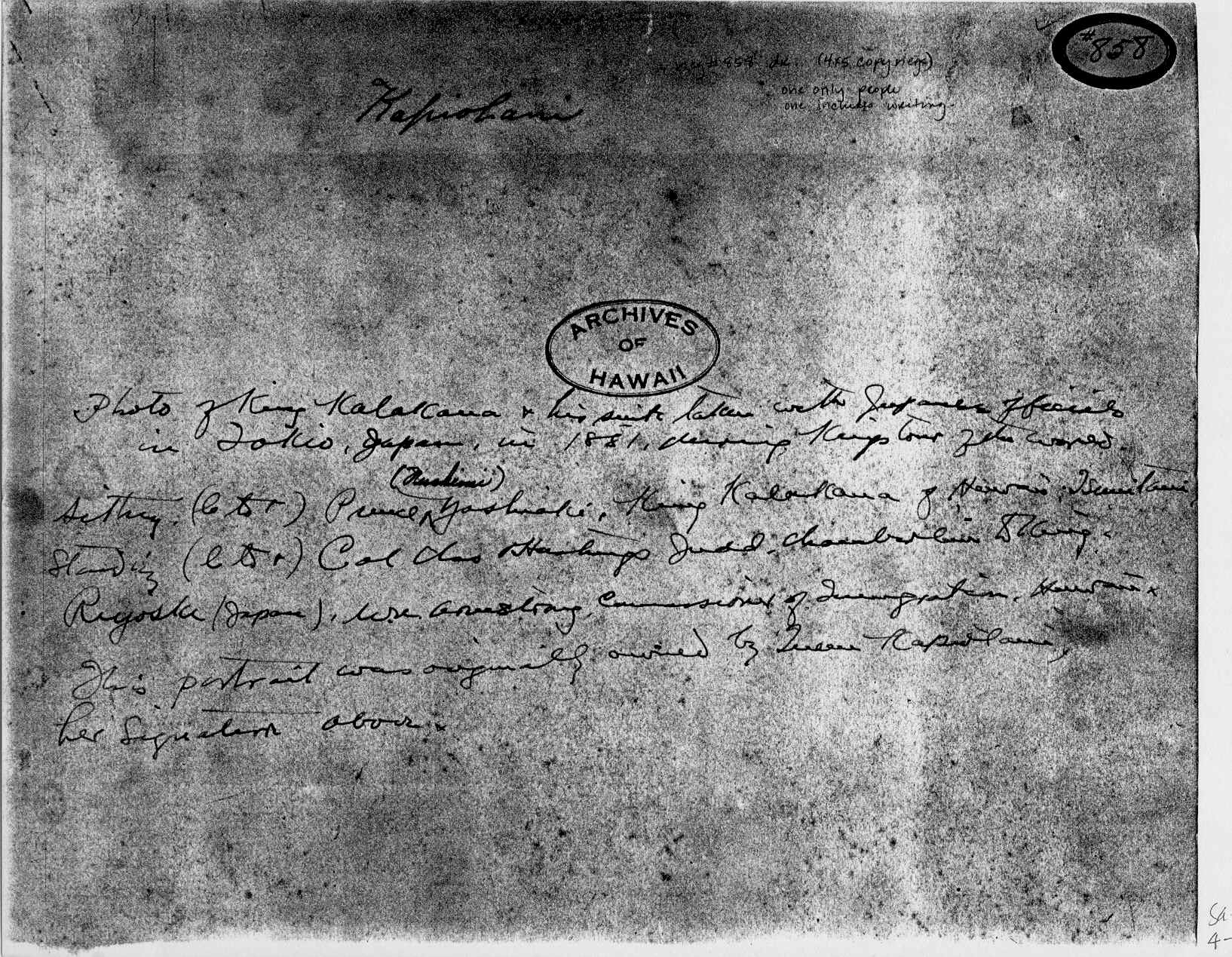 (Courtesy of the Hawai`i State Archives)

Group Photo of Kalakaua in Japan 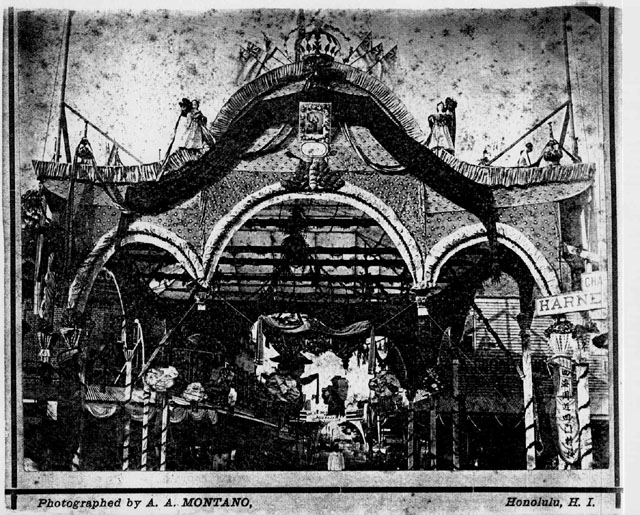 Photo of Street Decor in Honolulu, 1881 “Chinese merchants contributed to street decorations to welcome the king’s return from a world tour. Dr. Sun was a student in Honolulu at the time.” 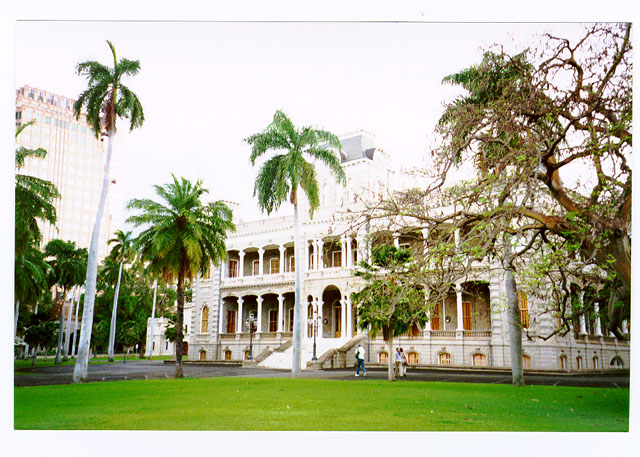 “King Kalakaua constructed his palace from 1879 to late 1882 and held his coronation ceremony there on February 12, 1883. The period coincided with Dr. Sun’s school years in Honolulu.” 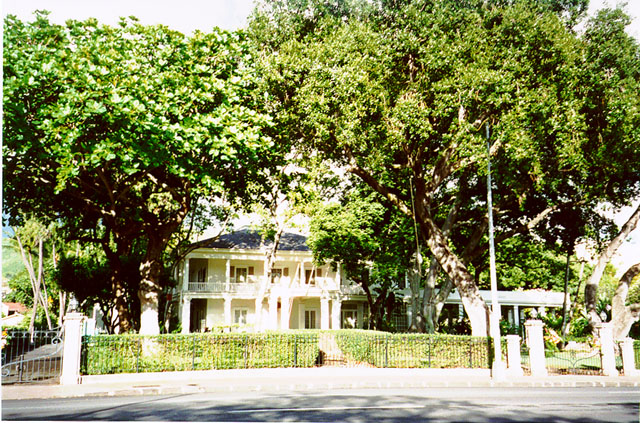 “Queen Liliuokalani, last ruler of the Hawaiian kingdom, abdicated on January 24, 1895. She remained in her residence with family and supporters rather than attend the annexation ceremony at Iolani Palace on August 12, 1898.”

Overthrow of the Monarchy 1893 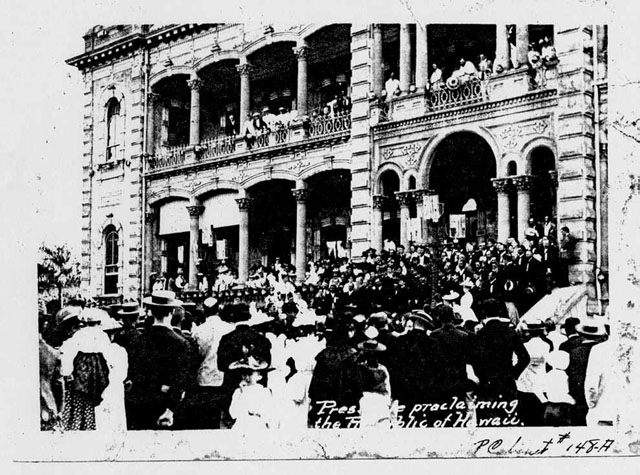 Photo of President Dole and Crowd at Iolani Palace

Annexation of Hawaii by U.S.A. 1898 “America’s Chinese Exclusion Act of 1882 applied to Hawai`i when it became a U.S. territory.”