The school’s third campus (1882) was located in close proximity to Honolulu’s Chinatown, in an era when St. Louis College emerged as a private school of choice for first-generation immigrants in the vicinity intent on bettering the lives of their children. A large portion of these families had roots in the Guangzhou region of southern China. By the early 20th century, this sector of enrollment had grown so substantially that the school established a Chinese Student Alliance as well as Chinese Literary Association (CLIA) in providing social and academic support for these eager young men who eventually distinguished themselves as high achievers. 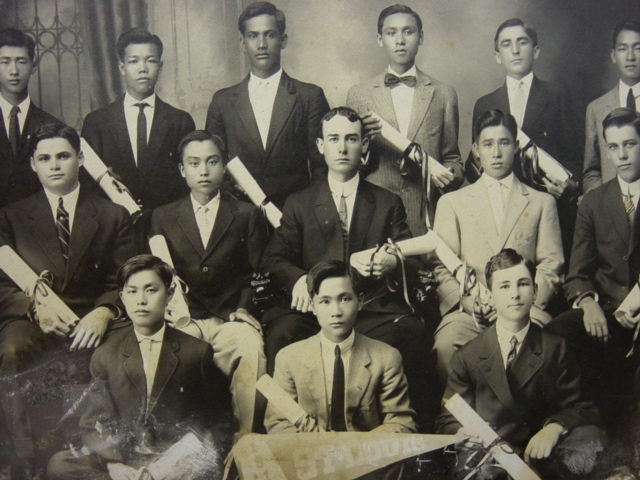 In 1906, Sun Fo, the 15-year-old son of Dr. Sun Yat Sen, entered the College as a boarding student from Maui. Born in Choy Hung village in Zhongshan, this child from Dr. Sun’s first wife accelerated in his studies, from day one, starting at Second Grammar Class, moving on to High Class, and graduating at the highest level—College Preparatory—on June 17, 1911.

He later earned degrees from the University of California at Berkeley and Columbia University, and on reestablishing himself in China, rose to Premier of the Executive Yuan in 1932, eventually helping to frame the 1947 Chinese Constitution. His later career included Senior Advisor to President Chiang Kai-shek, and President of the Examination Yuan. Saint Louis proudly upholds such exemplars of global leadership, as bearers of the Marianist mission.